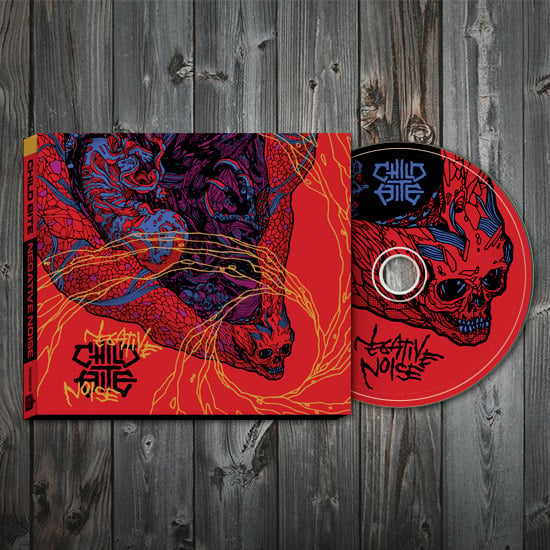 Well into their self-proclaimed 2nd phase of bandhood, this is not the same Child Bite that created those first 3 albums. What started as a thoughtful-yet-spazzy art rock band in a Detroit suburb back in late 2005 has now fully mutated into an aggressive, dissonant blend of all things punk, hardcore, sludge, surf, prog rock, noise rock & metal; a truly unique voice in a sea of copycats.

Produced by Philip H. Anselmo, a man universally revered in the world of extreme music, Negative Noise is a solid 47 minutes of just that; a throbbing ball of energy filled with furious jabs and paranoia-fueled explosions. As a producer, the project called for Anselmo to tap into a wide variety of his personal musical interests, from Portal to the Misfits to Alice In Chains. It took a man who has been as influenced by King Diamond as he has by Henry Rollins to understand this band and help shape this album.

With signature artwork by vocalist Shawn Knight, Negative Noise is a fully-realized vision, inside and out. Child Bite have succeeded in creating a singular expression, therefore carving out their own place in the current musical landscape. They are perfectly comfortable not fitting in... and are beginning to realize that they never had a choice.